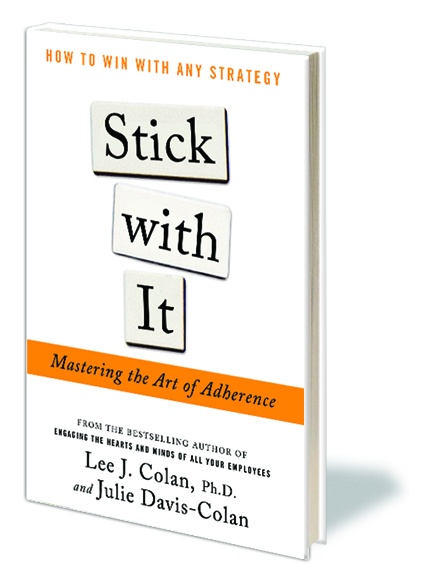 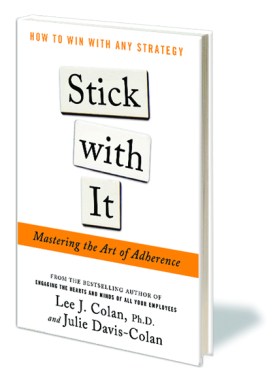 In business and in life, the game is usually won by those who can consistently execute a well-thought-out strategy. In other words, winners stick with it – they practice adherence.

Adherence is the ability to consistently execute. Not coincidentally, the word “adherence” appears to have originated in the 1500s from the French word “adherer,” which means “to stick to.” Adherence is the critical link between strategy (knowing) and results (doing). Therefore, it is the solution to the knowing-doing gap. Winning requires adherence because successful execution of your plan is not a one-time event but rather steady progress over an extended period of time.

No discussion about the concept of adherence would be complete without mentioning one man who likely knew more about adherence in his day than any other: George de Mestral. George was a Swiss engineer and part-time inventor. A simple incident in 1948 changed the course of his life and led to a common product that is still used all over the world.

While he was out hunting with his dog one day, George found that his pants and his dog’s fur were covered with burdock burrs. He had such difficulty removing the burrs that he became intrigued with the little seed’s pods. Later when he was back home, he examined one under a microscope. George noticed that it was covered with hundreds of tiny “hooks” that allowed it to grab hold of strands of clothing or fur. Inspired by nature’s ingenuity, he conceived the idea for a similar fastener based on the burr’s design.

He called his invention Velcro®, from the French words velours and crochet (meaning “velvet” and “hook”). Today, Velcro is a household name. It is found in everything from sneakers and wallets to blood-pressure cuffs and toys. It was used on the space shuttle and helped hold a human heart together during the first artificial heart surgery. It was even used as a piece of comedic genius in 1984 when late night talk show host David Letterman launched himself from a trampoline onto a Velcro wall while wearing a Velcro suit. He stuck!

It took George de Mestral 12 years from the day he first encountered those sticky burrs to the time he brought his locking tape idea to market and even longer for it to become a success.

Want to measure your ability to stick with your plans? START HERE!

Stick with It combines real-world stories that cut-through-the-clutter so you can convert this rapid-read book into fast results. It also contains 12 FREE tools and templates to download and use immediately.

Order Stick with It today!