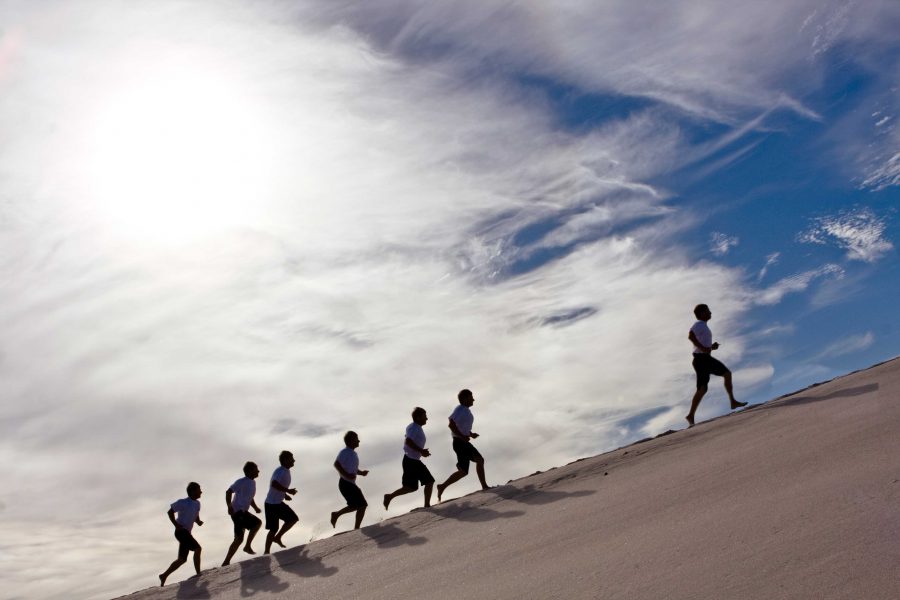 Against all Odds…. Persevere 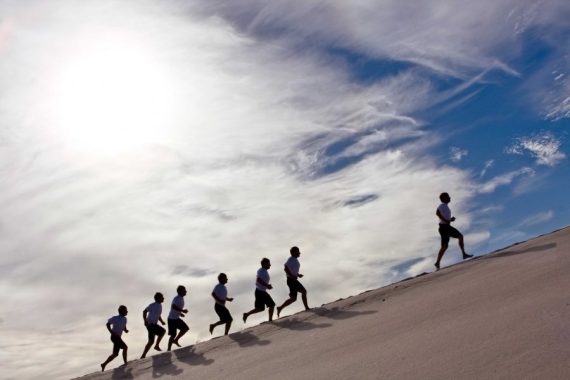 Thank you for your overwhelming response to the new 3-minute movie, “The Nature of Excellence.” If you haven’t had a chance to view it, take a look now at: www.NatureofExcellence.

One of the themes of this inspiring movie is Perseverance. Just last month as I was watching CNN I was struck by a wonderful current-day illustration of the power of perseverance.

What are the odds?

An immigrant from Jamaica comes to the U.S. at age six and grows up in rough, inner-city Miami. In his early teens, he helps his family by working in his parents’ small bookshop.

One day Capt. Gary Robinson, a Jamaican-American pilot for United Airlines, stops at the store. He’s in uniform. This catches the 15-year-old’s eye and he talks with this customer about flying. The pilot, seeing the youngster’s interest, invites him to the Miami airport to see the cockpit of the Boeing 777.

The next day, when he enters the aircraft, Capt. Robinson asks him if he ever thought of becoming a pilot.

This world was light years away from the Miami neighborhood the youngster knew and he had only seen one black pilot Robinson in his lifetime. I didn’t think I was smart enough, the boy later admits, and didn’t know if I was capable of becoming a pilot.

Who knew an over-the-counter conversation and an invitation to see a jet cockpit would catapult 15-year-old Barrington Irving into a journey to become the first African American and the youngest person to fly solo around the world.

That day, Barrington Irving had not only found his passion but in a few months, on his 16th birthday, began spending afternoons and weekends at Miami’s airport, washing private aircraft. In exchange, he earned flight lessons. In his spare time, he practiced on Microsoft Flight Simulator software he purchased for $40.

Undaunted, Irving continued to follow his dream, enrolling in community college, capitalizing on his high academic performance in high school and winning a Florida Bright Future Scholarship to cover part of his tuition. In the interim, he continued flying lessons, covering expenses by doing any odd jobs he could find.

He also began speaking to youngsters at schools, churches and community groups about career opportunities in aviation. His volunteer efforts gained the attention of Miami community leaders who awarded Irving an Air Force/Florida Memorial University Flight Awareness Scholarship in 2003 to pay for both college tuition and flight lessons.

But what about an airplane? No way could he cobble together enough from his part-time jobs to buy an airplane!

Maintaining a positive attitude, Irving asked Columbia, an aircraft manufacturer, to assemble the components if they were donated.

Earning his Private, Commercial and Flight Instructor licenses as well as his Instrument Rating, the determined young pilot, with the help of a $10,000 grant from Miami Dade Empowerment Trust, established Experience Aviation, Inc., a nonprofit organization to encourage young people toward careers in aviation and aerospace.

As Irving said in a June 28, 2007, interview at the completion of his 27,000-mile flight around the globe, I’m showing there are other students intimidated by the aviation industry, but what they have to realize is this industry offers multiple career opportunities. Today, the average age of an aerospace/aeronautical engineer is 54. The way I was able to keep my dreams within the aviation industry is the same way other kids can also achieve their dream within aviation. So, they just have to be persistent, just focus and work hard with others to make it possible.

With the help of Miami Executive Aviation, Irving spent 2004 visiting aviation trade shows. His goal? To secure donated components for his aircraft, including an engine, tires, seats, cockpit systems, etc. By the end of the year, Columbia took $300,000 in donated parts and built the world’s fastest single-engine airplane.

Three years later, the aircraft, which Irving christened, “Inspiration,” was modified with extended fuel tanks for his around-the-world trip. For fuel support, Chevron had stepped up to the plate, enabling him to train for his flight and to visit schools around the nation.

As he prepared for his history-making voyage, Irving went to Microsoft, who said they would host a flight blog and donate Flight Simulator software to Irving’s nonprofit. Two satellite companies donated tracking so students around the country could follow his progress in real time. He also talked Miami Executive Aviation, Continental Motors, Universal Weather and others into sponsorships and making aviation jobs available to kids with aviation dreams.

Before ending his three-month trip, Barrington Irving circled the Opa-locka, FL airport and flew low, along the runway as a band played. After landing, he shared hugs and prayers with his family and mentor Capt. Robinson before quietly announcing, I’m home.

His journey had been a rollercoaster of challenge and frustration. Still, Irving smiled as he told the crowd, “I am proud to have had the opportunity to live my dream. This shows it doesn’t matter where you come from, what you have or what you don’t have,” Irving continued. “I went from washing planes to owning an aircraft. I dared to follow my dream when everyone said I was too young and unable to afford it. Now I can encourage young people to leave their fears behind and reach for the stars.”

I hope “The Nature of Excellence” movie inspires you to reach for the stars. Also, to help you turn your inspiration into application, check out 107 Ways to Stick to It.

Here’s to sticking to your dreams!