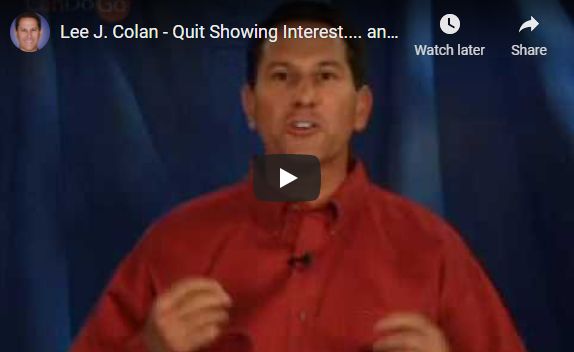 Most people enjoy turning the calendar to begin a new year. It’s a chance to start fresh, with a renewed purpose, and make New Year’s resolutions that will ensure the best year ever. In January, resolutions are plentiful: lose weight, read more, maintain a better attitude—you name it, and people are making resolutions to improve something in their life. Hope rises and warms everyone’s heart. Surely perfection is finally within reach.

Somehow most of these ambitions fade to invisibility in the harsh winter light. People genuinely want to improve, but few are prepared to pay the price. The reason is simple: a resolution without an action—a written promise, a passionate commitment—is just a wish.

Between interest and commitment there is a yawning chasm. Until action happens, there can be no follow-through. There’s always a first step, and it’s always the hardest one.

Everybody resolves to get into shape. In January, workout facilities are so crowded you have to stand in line for a machine; come April, you can bring your dogsled team and train them on the empty treadmills. The people you saw in January were mostly people who were interested. A few months later, only the committed remain.

Life rewards those who seize the moment and take positive action. Action converts interest into commitment.

Andrew Carnegie said, “The average person puts only 25 percent of his energy and ability into his work. The world takes off its hat to those who put in more than 50 percent of their capacity and stands on its head for those few and far between souls who devote 100 percent.” This is especially true in our degree of commitment. When we fail to invest 100 percent in our goals, we compete against our own potential.

People naturally gravitate to those who are committed to achieving a goal. Total commitment manifests itself as bold action; in a leader, this is recognized as genius and power.

Most people who set goals for themselves do so only in their heads. This is a mistake. Goals can get swamped by the rush of everyday thoughts and actions, and the exact wording and significance may get lost, if not the entire goal. Without a tangible goal, interest soon fades to inaction and people are once again drifting aimlessly through life.

The first and most important step toward making a goal real is to write it down. Write it exactly as you want to remember it—make it specific and clear—and keep it where you can refer to it. Scribble it in your palm, tack it to the bulletin board, type it into your screen saver, seal it in an envelope and mail it to yourself.

Personal commitment begins with a crystal-clear understanding of what you are trying to accomplish, including all the specifics. You need to see the goal, both in your mind and in your own written words. Why? Because the physical act of writing it down helps you be clear on your purpose and is essential to getting it firmly planted in both your conscious and your subconscious. Your commitment on paper plants the seeds of commitment in your mind.

In 1990, while he was still relatively unknown, comedian Jim Carrey wrote a check to himself for $10 million for “acting services rendered.” As Carrey later explained, it wasn’t about money. He knew that if he was making that much, he’d be working with the best people on the best material. As they say in Hollywood, the rest is history.

May you be as bold as Jim Carrey (even if not quite as whacky) in committing to your success… and achieving it!