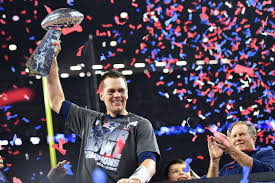 Whether you love them or hate them, the New England Patriots provided an important leadership lesson.  They won their sixth Super Bowl victory and appeared in the Super Bowl nine times in the past 18 years.  That is unprecedented, sustained success.

Many players have come and gone during that time.  Several all-stars, but many, many more players whose names are long forgotten.

A great coach creates a culture and expectations of excellence that ignites winning results and relationships… at higher levels than their team could imagine.

If the greatest athletes and teams in the world need an inspiring coach to perform at their best, doesn’t your team?

Elevate your coaching game by reading The Power of Positive Coaching.

Our NEW bookl will help you inspire winning results and relationships.