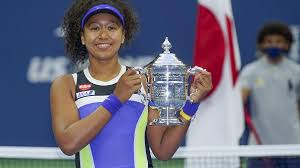 Last weekend Naomi Osaka won her third career Grand Slam at the U.S. Open Tennis tournament.  At 22 years-old, she is the first woman to win the championship after losing the first set in a quarter of a century.

After she claimed the championship, she was asked, “What did you tell yourself and what did you do differently after the first set?”.

As she looked back to that moment when things were bleak, this is what she told herself, “I just have to try as hard as I can and stop having a really bad attitude. She further reflected, “I thought, ‘I came here with a goal, I’m playing in the final, a lot of people want to be in this final, so I can’t lose 6-1, 6-0.’”

There was less of a change in tennis strategy and more of a change in mindset. She made her mind up to be positive and confident. That small difference yielded a big payoff of $3 million in prize money, which she seemed impressively unaffected by.

We may not have a championship or $3 million dollars on the line, but like Naomi, we can limit or expand our success with our mindset. So, when you are not showing up the way you want to, do a quick mental audit. Where is your mindset? Is it present and positive?

Make up your mind today!